Well, the world didn’t end (of course) so it’s time to look to the next twelve months and predict what we might see in 2013. Below are my predictions for the video game industry in 2013. 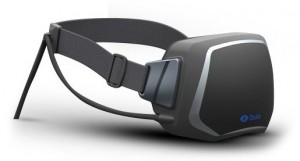 I’ve long been a fan of VR and have been disappointed with the consumer level hardware up to this point. That all changed in 2012 with the announcement of the Oculus Rift. With the backing of John Carmack, it was hard for the industry to ignore this new product. It looks like VR has finally turned a corner and (thanks to the booming smart phone market) the technology is available allowing a cheap (almost) consumer grade VR headset to be mass produced. Developers will have most of 2013 to prepare for the consumer grade headset and I see a lot of time and research going into these preparations. Rather than gamers peering through a small (24-70″) window into our worlds, they can now be completely immersed in them. The current fascination with (stereoscopic only) 3D  is one thing, but true immersive head-tracked 3D will take our games to the next level. While there are only a handful of games that support the Oculus Rift at this stage, by the end of 2013 I predict this to be in the hundreds.

I predict a large number of people (particularly indie’s) will make it big on mobile in 2013. This is still the direction I plan to head in 2013. While some people have moved toward social/Facebook gaming in 2011-2012 I see some of them returning to mobile/tablet gaming in 2013. With Microsoft entering the tablet market (and with a better mobile offering) I see this market growing substantially in 2013. The “get rich quick” attitude many had towards Facebook games has died off a little and I’m seeing a number of indie developers I know pivoting back to mobile rather than pure Facebook/social. I see the mobile/tablet market maturing in 2013 as many developers learn from their mistakes in the past and embrace the benefits of the platform (touch interface, always connected, etc).

With Zynga shutting down a bunch of their games, I see the need for truly social games. Facebook and other social networks give game developers amazing opportunity for connecting gamers to their friends and others around the world. Rather than abusing these connections I see a switch to meaningful engagement. Games like LetterPress show the simplicity of Facebook to connect users rather than allowing users to bug their friends into getting them in-game items for free. True social games will take this simple connection and use it to enrich their game design. Many older gamers grew up playing together in arcades or lugging their giant computers to each others houses for a chance to play together. I’d like to see this same experience enabled by social games rather than the cheap “social” behavior we see currently. Like it or not, many developers go where the money is and the fact Zynga and the like are now falling on hard times shows the need for more than a superficial social connection if these types of games are to succeed.

I don’t see Apple releasing any significantly new products in 2013. They will continue to evolve their existing products, however I see the pace of of their evolution picking up. The iPhone 5 was a disappointment to many of the die-hard Apple fans I know. 2013 will be a real turning point for Apple as they forge new territory without Jobs at the helm. I’m sure much of 2012 had already been planned out but decisions like the iPad Mini show a new course is being set. I’d love to see a new product as innovative as the iPad, but I don’t see that occurring in 2013. Perhaps in a year or two we might see Apple move into the VR market, but I think they will wait and see the response to the Oculus Rift before making a large move like that.

It’s looking like the next XBox and Playstation will be released in late 2013. I predict this will be the final “pure console” generation we see. As mobile, tablet and PC converge I think it’s logical that the concept of the console will disappear. With the current console cycle being closer to 10 years than 5, we can expect the next generation to be at least as long. With the current speed of innovation in the tablet/mobile sector, it will only be a matter of years before a portable device is as powerful as the next generation of consoles. The only difference then is the input/output mechanisms. Microsoft has already shown their Surface is compatible with a XBox360 controller and I see this trend continuing.

In the mid-term future, I forsee one, or maybe a couple, of devices powering most of our personal computing. This device will connect to the output device of our choosing to power our experience. On the road we will use the device itself (which will be around the size of a phone and/or tablet, depending on your preference). At work the computing device wirelessly connects to your mouse, keyboard and monitor(s). Playing games and watching movies it will wirelessly connect to a large TV or projector.

What are your predictions for 2013? Do you agree or disagree with any of my points? What would you love to see in 2013?