Battle Group is out and selling well. Today I’m going to give a basic run down on want went right and wrong with the project. For those that don’t know, Battle Group was our (Bane Games) third game together and was released simultaneously on 4 platforms: iOS, Android, PC and Mac. Since it’s release we’ve been featured on the Mac App Store, won bunch of awards and received a number of “perfect” reviews. All sounds good right? Not everything went as smoothly as it could. We made some new mistakes and repeated (for the 3rd time) other mistakes which we’ll hopefully finally solve on our next project.

Without a doubt, the first thing people comment on when they talk to me about Battle Group is the amazing audio. Mick Gordon our audio engineer went above and beyond with the audio for Battle Group. When we first pitched the idea of the game to Mick he was quite for a minute or so and then became even more excited than usual. He had grand plans for what he could do with the audio which included voice overs and movie quality explosions (and no snare drums). Voice overs for a mobile game is fairly uncommon, particularly from an indie studio, but amazingly he managed to pull it off and it sounds awesome. We were runner up in the Freeplay Independent Game Awards for audio based on a very early version of the game. Since release nearly every review has mentioned the high quality audio and we’re really proud of how well it sounds both on PC and mobile.

As I mentioned previously, we’ve received a lot of great reviews for Battle Group. A few of them have been perfect scores with an average around 85% for all reviews. This was one of the biggest improvements since the release of Flick Buddies (our last original IP game). The major issues of not contacting enough press and terrible release timing were rectified and it paid off. We had a number of previews before the game was released and this helped build a buzz so our day 1 sales put us in a good position on the charts in a number of countries. These glowing reviews also helped push our sales in the initial few weeks which helped us to reach our “break even” point for the development of the game in a relatively short period of time. While we didn’t make it onto all the big sites like TouchArcade.com, we did manage to secure a number of major sites including a feature as app of the week on cnet.com.au which was also aired on Australian TV.

From the beginning we designed Battle Group to work on as many platforms as possible. From mobile to tablet to traditional PC/Mac we wanted to challenge ourselves and release simultaneously on all available markets. We weren’t sure which would be the most successful and to our surprise the Mac App Store was one of the best sellers. We were featured on the Mac App Store and this drove some really great sales in the first few weeks. Thanks to Unity, porting to the different platforms was fairly painless. I’ve spoken of this previously so I won’t dwell too long, but suffice to say that without the non-iOS markets we would not have been as successful as we are with our sales. We also would not have secured a publishing deal for China.

So I guess the real question is, would I target multiple platforms simultaneously again? Generally speaking, yes I think this was a good move for us. While it caused a few headache’s at the time of release, it paid off as all marketing and advertising was then able to drive people to whichever platform they preferred. We had a number of people complaining that Flick Buddies was not on a particular platform and we saw this as a lost sale. By targeting all platforms simultaneously there was no excuse for people to not buy the game (unless they didn’t like it, but more on that later). 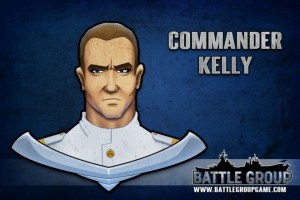 One of the big lessons we learnt from Flick Buddies was to keep the controls as simple as possible. From the outset we wanted a game players could pick up and instantly understand. We met this goal allowing us to reach the largest market possible. The first instinct for new players was to tap the screen near an enemy. They instantly get feedback as a missiles flies out from their ship and ends in a rewarding explosion when it reaches the point tapped. We spent a lot of time playtesting Battle Group and from the youngest to oldest players we saw almost universal approval of the control system without any instructions or need for a tutorial. We included in-game queues if it seemed like players weren’t picking up the controls and this resolved the small number of people that didn’t instantly understand.

A secondary benefit of this simple control system was the unified input system across all platforms. Whether player with a mouse or finger/touch screen, players simple click where they want to shoot. This simplified the porting process and helped us hit multiple platforms simultaneously

As with all games, we saw a spike in sales at release with a slow decline over the following months. Unlike our previous games this decline stopped at a point where we are still getting reasonable sales to this day. The free version still sees a few thousand downloads per week and the paid versions (across all the platforms) are staying at a steady rate. This has allowed us to work on translations of the game for multiple platforms and Battle Group now has publishing deals in a number of Asian countries.

The down-side of a simultaneous release on four platforms was that a fairly critical bug crept into the iOS version at release. The bug meant that on the new iPhone 4S the water did not render leaving a large black gap in its place. Thankfully it was an easy fix and we had the patch submitted to Apple on the day of release. After the month’s of development it was disappointing that bug like this got through the cracks, however it’s taught us another valuable lesson in thoroughly testing the FINAL version of the game on as many platforms as possible.

During our discussions with publishers we came up with the idea to add “raster lines” to the game to make it seem like the player was looking at an old screen TV on a warship. Every second line was rendered black giving the appearance of an old screen and adding a distinct feel to the game. This ended up being a polarizing decision and resulted in a number of negative user reviews on the various app stores. We also found that screenshots and video’s taken that were scaled in any way resulted in weird artifacts. We rectified this by turning them off by default and allowing users to add them back in from the pause menu.

We rapidly moved Battle Group from concept to first playable and received a lot of positive feedback on the core design. After this point, things began to go off the rails a little. Our “vertical slice” was continually pushed back until the point where most of the art assets were created before we could lock down a single level to make sure the full game had a cohesive feel. Once we finally reached this vertical slice we found that some of the decisions we had made relating to the look and feel of the game were off. This required a bunch of new assets to be created and more features to be implemented to fill out the design. The end product worked really well and had an excellent difficulty curve, however this came at a cost of extra time. By the time the game was released we ended up missing our original release date for a number of months.

Solving this problem is a key goal for our future games. We have begun stage-gating our future games and making sure we have definite milestones throughout development with the minimal amount of work from each department (art, audio, programming, design) is completed for each milestone. This will allow us to pivot more easily without throwing away resources and time and encouraging us to get as much fun out of each game. 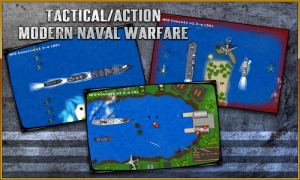 As with our previous games, we still did not make it onto a number of the large, key, review sites for iOS games. Despite contacting them and offering exclusive content we were still not able to secure enough media attention to turn the game from a modest success into a huge success. We plan to solve this problem by partnering with a marketing company like Surprise Attack from the outset of our future titles. Without these large review sites it makes achieving a place in the top 10 games more challenging.

So that’s a brief overview of the release of  Battle Group. Have you played Battle Group? If so, what did you think? If not, was there a reason you didn’t? You can grab it on the various platforms below: