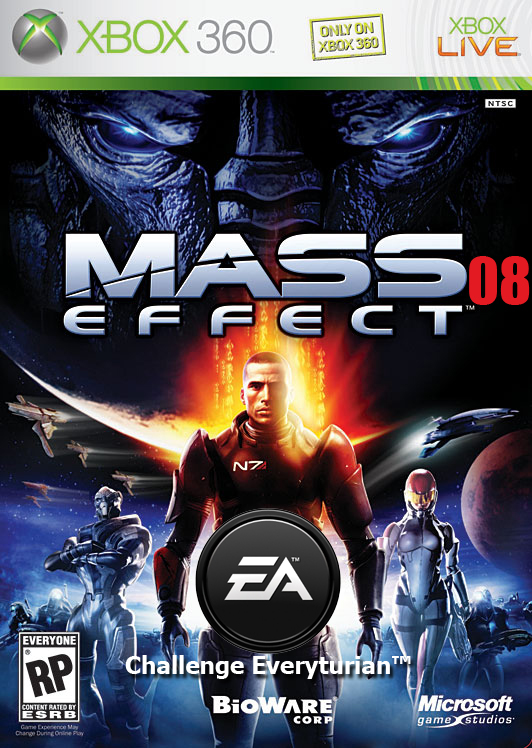 So as most people will have heard by now, EA has brought Bioware (and Pandemic). I, as many people on the net, think this is one of the saddest days in gaming history. Check out the pic to the right of what Mass Effect’s new box will probably look like.

It started with Westwood

Anyone who has known me for more than a few years will know that Westwood Studios used to be my favourite games company. In fact, I joined the games industry mainly because of the games they produced, and an article I read by Erik Yeo who worked for Westwood. So what does that have to do with EA buying Bioware? Well the more astute in the audience will know that EA also brought Westwood. From that point on, Westwood slowly but surely died. Whether it happened instantly or over the course of a few years (C&C Generals wasn’t too bad) it’s fair to say that it eventually did die. I would hate to see the same thing happen to Bioware. Unfortunately though, most signs point to the fact that it will.

Is it really over?

Mass Effect is going to be one of the biggest games of the year. Bioware have brought out a bunch of awesome games in the past, including Neverwinter Nights which even got my wife back into gaming. So the real question is, can they withstand the onslaught of all that is EA and survive? My naïve optimistic persona says yes, of course they will. However, my realist persona knows that its only a matter of time before Bioware employee’s start getting stepped on, or even just the knowledge of what’s happened in the past (ala Westwood) encourages them to move on.

There’s not a lot of point speculating too much about what will happen. As always, time will tell, but I implore EA to change their ways and let Bioware do its own thing, something which obviously works.