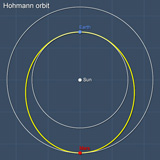 Just a quick update to let you know that things are coming along nicely in CIC at the moment. I’ve decided to put together my second tech demo (alpha 2) which wills how off movement and may have orbital mechanics involved. I’ve always been interested in orbits, both how they work, and the math that goes into entering and exiting them. I haven’t played a game to date that includes them so it seemed like a good mechanic for a tech demo. My hope is that I can hide all of the boring and complex 3D math from the player and let them concentrate on having fun sling shotting of planets, entering/exiting and changing orbits and other fun things.

Without accounting for the orbital parts, I’ve estimated about 55 hours of work to reach the tech demo. As I’m doing a lot of overtime at work at the moment I won’t be able to hit my usual 10 hours per week of work so I can’t set a date for the tech demo yet. Having said that, I’m making good time so far and will do as much as I can when I get the chance.

As always, any comments, ideas or feedback on the ‘fun’ parts of orbits or anything to do with moving in space is always welcome. I’m aiming for true* Newtonian physics which will allow for fun real 3D combat thanks to my as yet unannounced time algorithm.

*Many games claim to have Newtonian physics only to add in a ‘dampener drive’ (or equivalent) which magically takes away all the pains of REAL Newtonian physics. I hope to have a game that finally allows true physics without the player worrying about spending hours speeding up and slowing down.