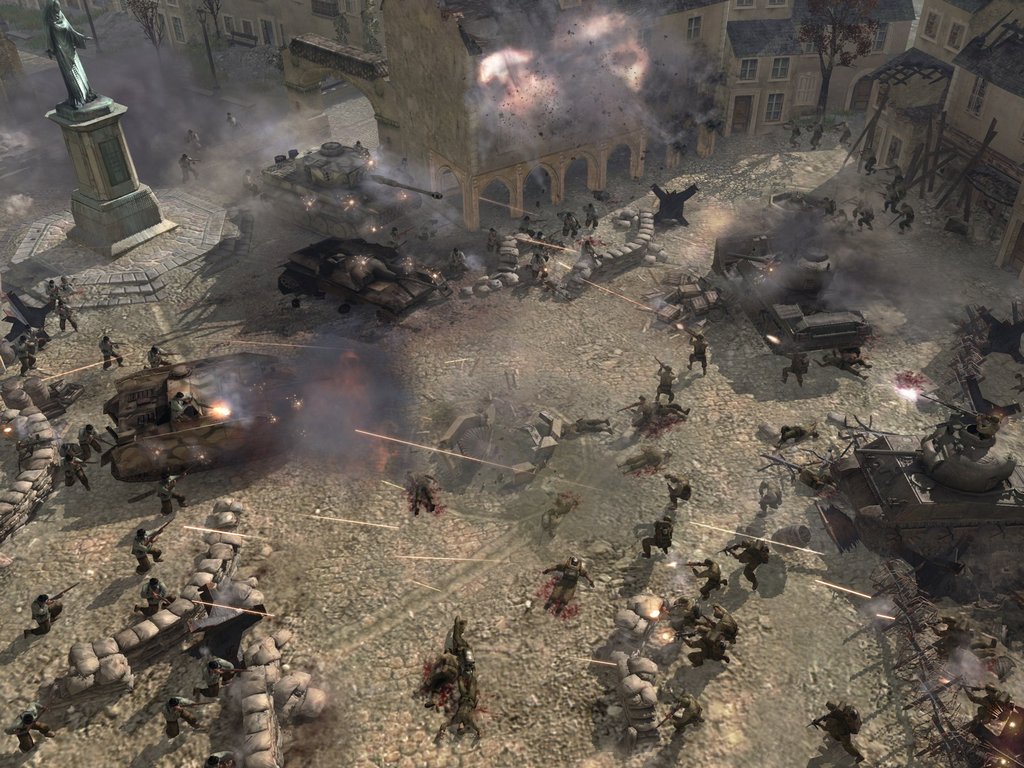 I’ve played a few demos over the past weeks and I’ve found a recurring theme in the good ones; that less is more. To aid in my explanation I’m going to compare two demos that have come out recently; Company of Heroes (CoH) by Relic (makers of Warhammer 40K) and Paraworld by SEK (makers of a few games you wouldn’t have heard of).

Below is a table of features that both games have and the number of each (figures are approximations):

As you can see, Paraworld has far more of everything than CoH, except for fun. I highly recommend trying out the CoH demo to see what I’m talking and to have a lot of fun playing it. If you’re a game developer then I recommend downloading the Paraworld so you can see how not to make an RTS these days. 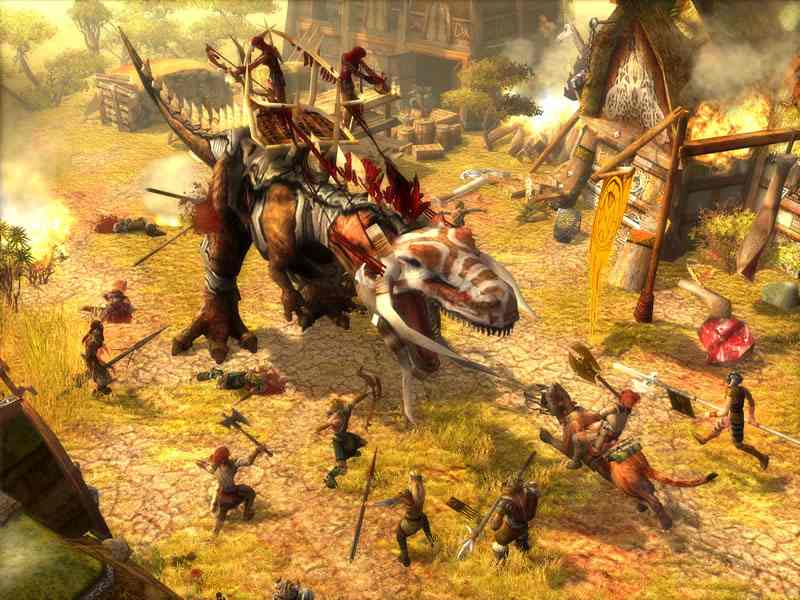 As is shown in the table above, Paraworld has far more options for buildings, units, resources and main upgrade levels. The problem is that the complex web of strengths and weaknesses is too overwhelming and doesn’t necessarily add depth. I was amazed how well CoH handled unit strengths and weaknesses with only a handful of different units. Even if completely outnumbered by the enemy, making the correct strategic decision will give you a fighting chance to either make a big enough dent in the enemy to give you time to reinforce or even the tactical advantage to win the battle. I was told that the game was simply ‘a race for the first person to get tanks’ however this is far from the truth. In fact, racing to get tanks can be your downfall as they have many weaknesses. Attacking a tank from the back does extra damage (and has on-screen text to let you know what happened which is always a good idea) and a handful of cheap infantry if upgraded properly will often bring a tank to its knees. By keeping the number of units small and focusing on them, a deeper strategic game comes out.

What does Paraworld have? ‘Archers are long range and extremely weak in close combat’. Wow, what an amazing concept, never mind that this has been done to death. This simplistic single-strength, single-weakness for RTS units was fine 5 years ago, but we’ve come to expect more these days.

In CoH nearly all of the micromanagement is taken away or abstracted into a single number. In Paraworld you must build cottages to build more units and you need storage space for the wood, food and stone you gather. What happens if you run out of storage space, your guys just sit there, like idiots, waiting for you to do something about it. How does this add value to the game? It’s just frustrating that’s what it is! CoH on the other hand has simple ‘strategic points’ which you capture and your resources goes up meaning you can create more units. This is far simpler, yet adds so much more depth to the game. It forces you to move out to capture more points, while still being able to defend the ones you have. Unfortunately, Paraworld feels like a complete rip of the Age of Empires series. If anyone’s read my letter to the editor about Age of <insert cash cow name here> you know I can’t stand this. Let’s move on from the past and start making fresh original games that add value to the genre and to the player.

To prove my point I’m going to leave this blog here, short and sweet. Again, go out and try CoH, it’s a great game and I’d be happy if RTS games in the future start using it as their building block.